The latest issues in cybersecurity

Insights on cybersecurity and vendor risk

According to the 2019 Cost of Data Breach Report from Ponemon Institute and IBM Security, the global average cost of a data breach has grown by 12 percent in the last five years to $3.92 million. This was driven by the multi-year financial impact of breaches, increased regulation and the difficult process of resolving cyber attacks.

The United States had the highest cost at $8.19 million and healthcare had the highest average industry cost of $6.45 million likely due to their high amount of personal data.

The report takes into account hundreds of cost factors from legal, regulatory and technical activities, to loss of brand equity, customer turnover and drain on employee productivity and is based on interviews with 507 companies who experienced a data breach between July 2018 and April 2019.

Above all, the report shows the high cost of a breach and the need for organizations to reduce cybersecurity risk and improve their overall security posture. Data protection, data security and data breach prevention must be part of every organization's information security policy, the long-tail impact of a data breach can be felt for years after the initial incident.

Key findings of the 2019 Cost of Data Breach Report

The report had twelve key findings:

What was the biggest contributor to data breach costs?

The cost of data breach study showed that data breaches had a huge negative impact of customer trust, which led to lost business.

Lost business was the largest of the four major costs that contributed to the total cost of a data breach.

The average cost of lost business was $1.42 million and caused 3.9 percent of customers to churn.

67 percent of breach costs came in the first year, 22 percent accrued in the second year and 11 percent was accrued more than two years after a breach.

Organizations in highly regulated industries, such as healthcare organizations and financial services businesses, suffered from the worst long-tail costs with the cost of a breach rising in the second and third years.

High data protection regulatory environments saw 53 percent of breach costs in the first year, 32 percent in the second year and 16 percent more than two years after a breach. This is likely driven by new regulatory fines and the introduction of breach notification laws like GDPR.

How long was the average breach lifecycle?

The key thing to understand is that the faster a data breach is identified and contained, the lower the costs. Lifecycles less than 200 days were on average $1.22 million less costly than breaches with lifecycles greater than 200 days ($3.34 million vs $4.56 million).

What was the most common and expensive cause of breaches?

The annual Cost of a Data Breach Report found that criminal attacks were the most common cause of breaches and the most expensive.

Since 2014, data breaches caused by cybercriminals grew by 21 percent, growing from 42 percent in 2014 to 51 percent in 2019. Further, these types of breaches took longer to identify and contain: a combined 314 days.

How much did breaches caused by human errors and system glitches cost?

While malicious breaches were most common, accidental breaches (data leaks) were still the root cause of nearly half of the data breaches in the report.

Human error includes phishing attacks and stolen and infected devices and were responsible for about a quarter of breaches. The average loss due to human error was $3.5 million.

System glitches where inadvertent failures could not be tied to human action accounted for another quarter. The average loss due to system glitches was $3.24 million.

There was significant variation in total data breach costs by organization size.

Large organizations with more than 25,000 employees had an average cost of a data breach of $5.11 million or $204 per employee.

This is one of the hidden costs of a data breach. Small organizations are hit more than 10x harder than large organizations, which can result in an irrecoverable impact on their bottom line.

What are the biggest cost amplifiers of data breaches?

What reduces the cost of a data breach?

Extensive use of encryption, data loss prevention, threat intelligence sharing and DevSecOps were all associated with a lower average data breach cost. Among these encryption had the largest impact reducing the cost by an average of $360,000 followed by business continuity management which reduced the total cost of a data breach by $280,000.

What is the impact of an incident response team and testing?

Look for tools that can automatically monitor your vendors' security performance over time and compare them against their industry benchmark.

How does region and industry impact the cost of data breaches?

Data breaches in the United States continue to be vastly more expensive than other countries, with an average total of $8.19 million (more than double the global average).

The Middle East had the highest average number of breached records (38,800 per breach, versus the global average of 25,500).

Healthcare, for the ninth year in a row, continued to have the highest cost at $6.45 million, over 60 percent higher than the global average of all industries.

What are the odds of experiencing a data breach?

In other words, your organization is nearly one-third more likely to experience a breach within two years than they were in 2014.

How UpGuard can prevent data breaches and find leaked credentials

Our data breach research has been featured in the New York Times, Bloomberg, Washington Post, Forbes and Techcrunch.

UpGuard can monitor your organization's and its vendor's websites for issues relating to DNSSEC, SSL, email spoofing, typosquatting, man-in-the-middle attacks and vulnerabilities.

Cybersecurity is becoming more important than ever before.

This is a complete guide to preventing third-party data breaches. Learn about how organizations like yours are keeping themselves and their customers safe.

Read about the 36 biggest data breaches of all time, ranked by the number of people impacted. Updated for 2020.

Data Leaks and the Deep Web: Swimming in the Deep End

Data Leaks and the Deep Web: Swimming in the Deep End

The deep web makes up 95-99% of the entire internet. The dark web makes up less than 1%. UpGuard explores how deep web assets can lead to data exposure. 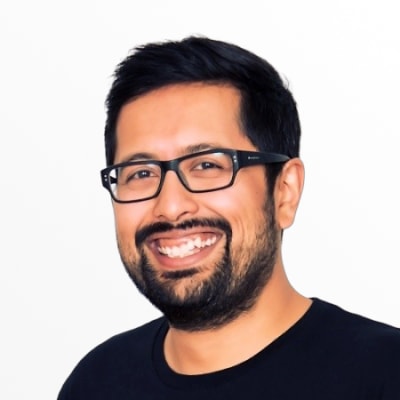 Password managers are convenient but easily compromised. Read more to learn what the future has in store for password security.

Learn more about the recent American Express data breach notification and what it means for cardholders worldwide.

Get curated cybersecurity news and updates in your inbox every week.