DigitalOcean vs AWS: Which Cloud Server is Better?

DigitalOcean vs. AWS is a David vs. Goliath story with a twist. The plucky upstart, DigitalOcean, faces an established behemoth. Like David, DigitalOcean has a strategy that plays to its strengths while avoiding a direct confrontation with Amazon. But this isn’t a fight to the death. Amazon and AWS address the needs of different audiences, and knowing what each does well will help you choose between them.

DigitalOcean (spelled as one word; “Digital Ocean” was a 90’s-era manufacturer of wireless communications products) is a new cloud hosting provider. Launched in 2011, DigitalOcean focuses only on developers’ needs, unlike Amazon’s AWS with its everything-to-all-people approach. The company currently has 9 data centers located in Amsterdam, Singapore, London, San Francisco, and New York. It has received significant media coverage following pop megastar Beyonce’s decision to host her album on their servers in 2013. They’re also known for their explosive growth and for attracting large sums of venture-capital funding. 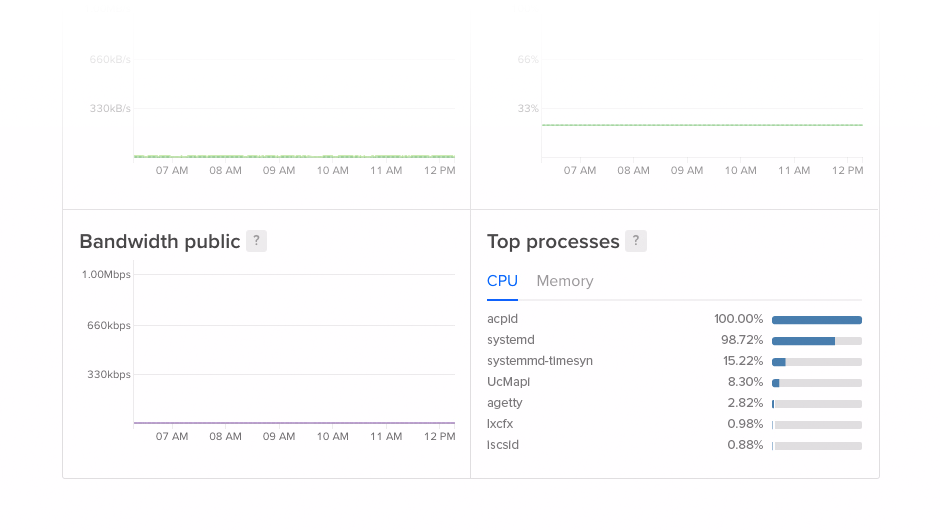 DigitalOcean zeroes in on three main selling points to differentiate itself: pricing, high performance virtual machines, and simplicity. Their business model concentrates on giving developers a way to quickly start up affordable Linux instances called droplets. The most popular Linux distros are supported (Ubuntu, CentOS, Debian and Fedora), and with just one more click you can launch several applications – Ruby on Rails, a LAMP stack, Docker, Ghost, etc.

DigitalOcean’s pricing is reputedly THE best among all cloud providers. Their prices are very affordable, even to very small developer setups. And what’s more, they don’t hit you with hidden charges for add-ons like more traffic and fixed IP addresses. Pricing starts at $0.007/hour or $5/month and they provide an easy slider to convert between hourly and monthly pricing. For instance the most popular droplet (1Gm memory, 1 core processor, 30GB SSD disk, 2TB transfer) costs $0.015/hour or $10/month. On Amazon’s EC2 platform, the closest equivalent is a t2.small instance which starts at $0.026/hour, almost double the cost of a DigitalOcean droplet.

DigitalOcean also prides itself on offering only high-performance machines. All disk drives are SSD, network speed is 1Gbps, and droplet startup time is just 55 seconds (compared to 1-3 minutes for other large cloud providers). Independent performance tests place DigitalOcean nodes at or near the top of performance tests, far above Amazon machines.

Lastly, DigitalOcean offers a simple, uncomplicated setup. It is targeted at developers and only offers Linux machines (for now) and basic services – a virtual machine and DNS management. No load-balancing, analytics, configuration management, hosted databases and so on. DigitalOcean is a bare-bones IaaS provider for Linux developers, and they aren’t ashamed to say so. From a review of their services: “The services they provide are quite basic - you get VPS's in the cloud and DNS management, that's all. No fancy load balancing, hosted databases, hadoop clusters, etc. Compared to AWS, for example this could be seen as a disadvantage, but don't judge just yet.”

In stark contrast to DigitalOcean is Amazon; the “Colossus of Cloud Computing.” Amazon is a monster truck in a lot full of Minis. Amazon’s AWS is the market leader by far; in fact it is estimated that Amazon has as much computing capacity as the next 11 competitors on the list combined.

Amazon’s AWS is really an umbrella offering consisting of a bewildering array of various branded IaaS and PaaS solutions. The largest and best-known of these is the EC2 IaaS solution. 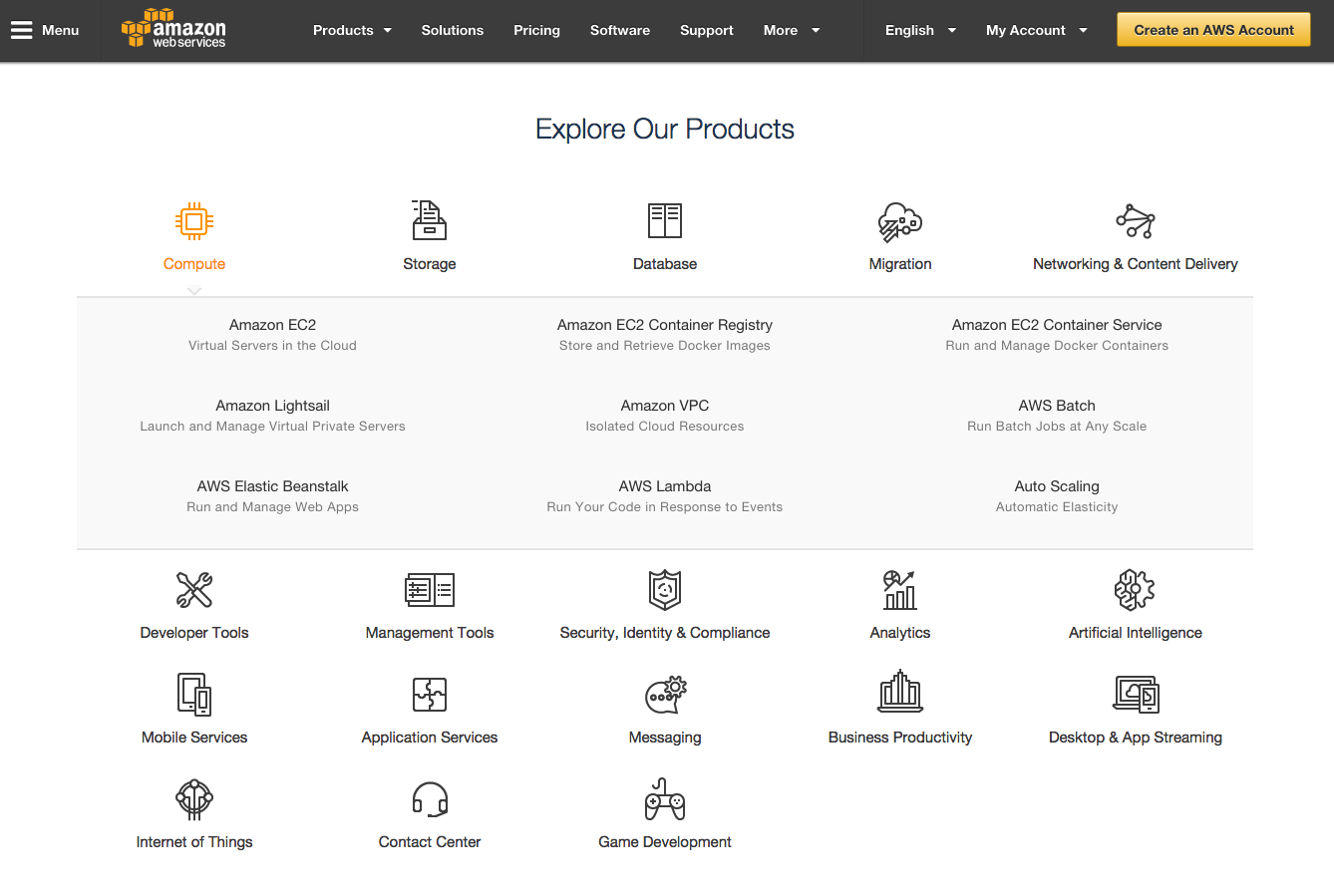 Amazon owns the largest data centers in the world. They are located in 9 regions around the world: 3 in the US and the other 6 scattered strategically across the globe. A tenth is being built in China to service that market exclusively. It will be completely isolated from the others to placate Chinese concerns about US government spying, which have of course been heightened (legitimized!) following the Edward Snowden and Wikileaks revelations. In 2013 Amazon also won a coveted contract to create GovCloud which is a private cloud for the U.S. government. In response to Amazon's dominance in the cloud space, we've created a 2-part post on implementing GuardRail with Amazon AWS EC2, so be sure to check it out as well.

Of course, DigitalOcean does not even begin to compete with Amazon in terms of breadth of features. If there is an area of competition, it is against EC2, but even here DigitalOcean’s capacity is about 1% that of EC2. Amazon’s is much more concerned about the other large players – Google’s AppEngine and Microsoft’s Azure.

Even with DigitalOcean’s now-legendary low prices Amazon will not be outdone. The giant has been involved in a vicious price war, not really with DigitalOcean, but against the likes of Google and Microsoft. This has resulted in 44 price reductions in the last 2 years alone, to the delight of cloud-services customers.

DigitalOcean is not really an Amazon competitor. Its target market is small developers who need to quickly start up a small high-performance instance. Still, Amazon is getting shown up by the newcomer when it comes to VM performance on the two platforms. DigitalOcean also gives the user a clean, easy-to-use interface with few features and one-click deployments. Amazon, on the other hand, offers a IaaS/ PaaS cloud supermarket where you can pick nearly any cloud service you could possibly want, and some that you didn’t even know existed, such as mobile analytics and cloud workflows.

Casino Data Breaches And Doubling Down On Digital Resilience

In what is being described as a landmark case, Nevada-based ...

What is Digital Resilience?

The 10-second version is this: Digital resilience is a ...

Cyber Resilience: What It Is and Why You Need It

The way businesses handle the risks posed by their ...