The latest issues in cybersecurity

Insights on cybersecurity and vendor risk

As pure play digital businesses, SaaS vendors live and die by their uptime and availability; fortunately, a plethora of tools are available these days for monitoring and troubleshooting the entire stack. AppDynamics and New Relic are two leading application performance management (APM) tools for tuning and diagnosing modern software applications—let's see how they hold up in this head-to-head comparison.

Today's SaaS offerings are built for redundancy and engineered to withstand massive, cloud-scale traffic loads. However, even the best engineered systems are subject to failure—Amazon.com's 13 minutes of downtime back in March 2016 famously cost the world's biggest online retailer an estimated $2.6 million. APM tools are critical for preventing small performance issues from spiraling out of control and for effective root cause analysis in the event of software failures.

Interestingly, the two APM tools in this comparison have similar origins: both were created by Wiley Technology (now CA Wiley Technology) principals. But as you'll see, they've since taken divergent paths when it comes to features, performance metrics, breadth of monitoring capabilities, and more.

As mentioned earlier, AppDynamics shares some common DNA with New Relic—the company was founded in 2008 by Jyoti Bansal, previously the lead architect at Wiley Technology. The offering began as a tool for diagnosing application performance issues and bottlenecks; today, the AppDynamics positions itself as a unified monitoring platform for keeping tabs on the application stack and underlying infrastructure.

The company's Digital Intelligence Platform combines the above components and more into a comprehensive enterprise offering for real-time analytics and full-stack visibility in the cloud.

Both offerings are best-in-class when it comes to the APM space, sporting capabilities and features that address the broad spectrum of monitoring requirements found in today's enterprise software providers. It's worth noting that New Relic uses the aging open standard Apdex (short for application performance index) to drive its performance indicators, while AppDynamics has developed its own processes for assessing application health and performance.

Though AppDynamics hosts a community site and has many user groups dedicated its platform, New Relic wins in this category with its robust online technical community portal, sponsored community events, learning portal, and other resources.

Both APM offerings have seen regular updates and releases over the years—AppDynamics is currently on version 4.2, while New Relic releases vary per solution/component. For example, the New Relic Python agent for APM is currently on 2.78, while its Linux Server Monitor is on version 2.3. Version histories and release notes are publicly available on both vendors' websites.

When it comes to pricing, AppDynamics is prohibitively expensive for SMBs and a significant investment for small/medium enterprises. Interested parties must contact sales to price out a deployment based on number of agents needed.

In contrast, New Relic is a feasible APM option for both smaller organizations and large enterprises. Potential customers can use its self-service pricing calculator to get a price estimate. Both vendors offer paid-for enterprise support options such as expanded phone/email coverage as well as professional services.

AppDynamics offers an open platform to developers for creating their own AppDynamics Exchange plugins/extensions, as well as a REST API for custom applications and integrations. Similarly, New Relic also offers a well-documented REST API for extending the platform.

Both vendors offer a myriad of 3rd party integrations for connecting to other tools/solutions. AppDynamics' expansive collection of extensions in its Exchange library gives users a world of APM options, from monitoring MongoDB instances and Docker containers to ServiceNow and PagerDuty alerting. Not to be outdone, New Relic's plugin library enables monitoring for a wide variety of technologies: Oracle databases, Rackspace load balancers, Nginx web servers, and more.

Both AppDynamics and New Relic are widely used by many of the world's largest enterprises. Some of AppDynamics marquee customers include Cisco, Hallmark, Expedia, DirecTV, Nasdaq, and Kraft; New Relic is used by Zendesk, Trulia, Hearst, Lending Club, Office Depot, and REI, among others.

AppDynamics' has a security rating of 760 due to a handful of security flaws while New Relic scores a very robust 903.

In short, both solutions are competent APM platforms that go a long way ensuring that modern software applications are performing optimally. AppDynamics is more enterprise-focused and carries a lofty price tag; SMBs and startups looking for a more affordable APM offering will likely opt for New Relic's platform.

We re-wrote our whole application in Go. Generally, it was very good but there are a few things missing in the language.

Learn how to start testing your software before releasing it to the public, an essential part of the Software Development Lifecycle (SDLC).

Software-Defined Networking (SDN) has become a hot topic of late, and with good reason. 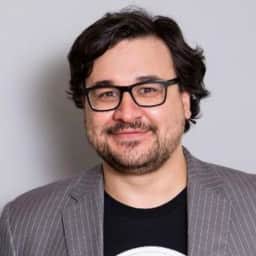 The right information can make the difference from riding the front of the wave and falling behind the curve. Learn more about DevOps with these resources.

How much do outages like today's Amazon.com glitch actually cost online retailers? Read more to find out.

Read about the importance and crucial processes of configuration & security management for DevOps and how UpGuard can meet your company's goals.